Written by VoodooCircus on Wednesday April 7th, 2021. Posted in OurProjects 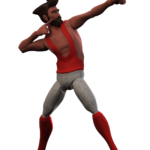 Compete against your friends in this Party-Brawl Sports Game and win the gold medal!

Create your team and play classic athletic disciplines with a Party Game twist. Screaming, biting and the usage of your elbows is allowed. 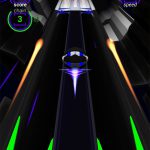 Roll, roll, roll your Bally, gently down the street…
Test your concentration and reflexes with this fun and challenging endless runner. Get the Highscore: change Bally’s color at the right time to get the ultimate highscore. Speed up, if your transitions are not timed right, test your reaction skills and feel the speed. Concentrate and push the score further, be the best among your friends, be Bally!

Bally Roll was our first game project together. We tested mobile development and delivered this little time waster for the Android Play Store. Unfortunately, it is no longer available on the Play Store. 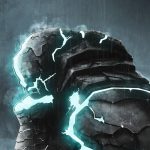 TheLinkArena is a cooperative Arena Defender in the Cyberpunk style. In addition to defending incoming waves of enemies, we give the player a dynamic quest system and an unique skill tree, which improves the connection between the player and his Link and unlocks powerful abilities.

We are creating our own world with “The Link” series and “Arena” is our first stepping stone in this world. It plays in an dystopian future, where human kind is able to travel in our solar system, but failed to maintain earth as a fully habitable planet. The playable faction wants to make earth more habitable again and fights against those, who exploit earth.

TheLinkArena is currently on hold, because of other projects. But we love the universe and hope that we will return to it soon.